What will follow Minsk: new Yalta or new Nuremberg? 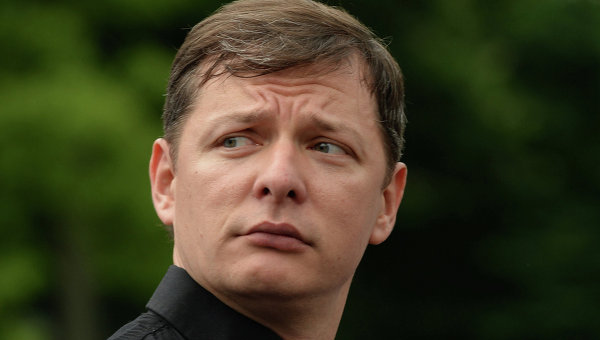 Stepping on the path of fundamental concessions to the Russian aggressor in Minsk-1 and Minsk-2, President Poroshenko continues to steadily roll down the "Minsk way." I have repeatedly warned that this approach will naturally lead to the legalization of militants of "DNR" and "LNR" terrorist organizations to the level of equal "negotiating partners."

That is exactly what happened at the regular meeting of the Trilateral contact group. For the first time negotiations in Minsk were held in the format of so-called "working groups", in which leaders of Donetsk and Luhansk terrorists took part "on equal terms".

As it was boldly claimed by Denis Pushylin, one of the political leaders of the Donetsk fighters, while talking about the "long-awaited breakthrough" in negotiations and the "constructive" work of working groups, "Ukraine started a serious dialogue with Donetsk and Luhansk." And Vladislav Deinega, a representative of the Luhansk terrorists, reported that the dialogue on Wednesday "was almost on equal terms."

Thus, Putin's longtime desire to move to an "internal Ukrainian" (Kyiv authorities - "militia") format of negotiations is gradually becoming a reality. This should prove to the entire world community the allegedly internal nature of the conflict in Ukraine and prove Putin's thesis about the absence of military aggression of Russia and a "civil war" in Ukraine.

As an additional bonus, Putin also received the legalization of Viktor Medvedchuk’s participation in the negotiations, who is his longtime crony and chief agent in Ukraine. Leonid Kuchma reported on the formal inclusion of this "100 percent" Putin's person to one of the working groups as a representative from Ukraine.

I view this development as another step towards national betrayal and capitulation to the enemy.

The position of the Radical Party is consistent - we absolutely do not agree with the shameful policy of appeasement of the aggressor aimed at attempts to satisfy his appetites with political concessions of our sovereignty, including the constitutional, administrative and territorial systems of our country. This policy only shows weakness, encourages the aggressor to further action and incites the war.

It is impossible to avoid war in such a way in spite of the hopes of President Poroshenko and a certain share of Ukrainian citizens. Putin will go on.

After all, in reality he does not need the peace process in Minsk-2, he strives for the division of the world in Yalta-2. In his dream Putin, like new Stalin, with Obama and Merkel, instead of Roosevelt and Churchill, might agree to a new division of the spheres of influence in Europe and the world like in Yalta-1.

This cannot be allowed. I believe that the task of Ukraine together with the whole civilized world is to ensure Putin with Nuremberg-2 at the International Criminal Court in The Hague.